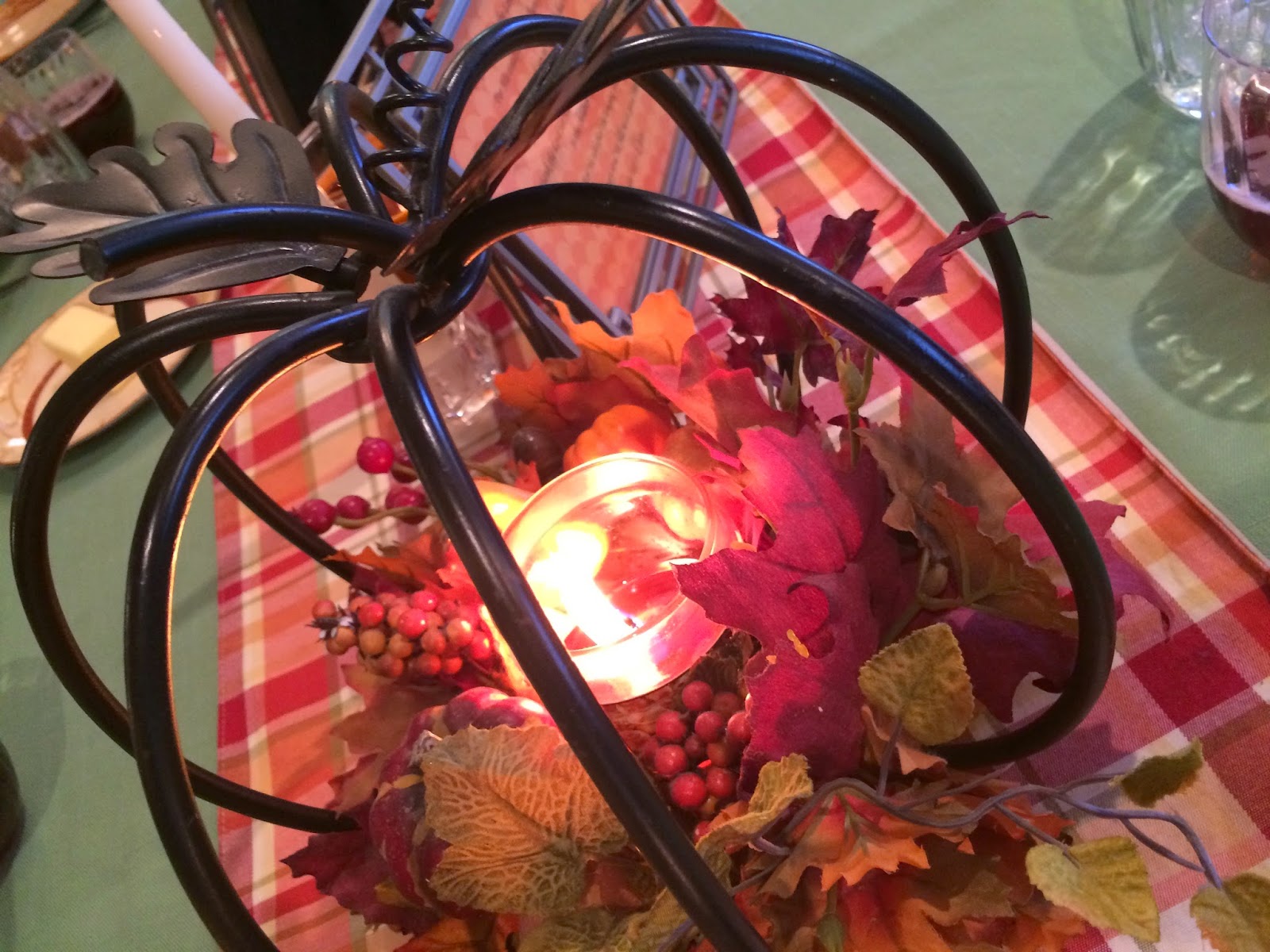 Thanksgiving came and it was a success due to the preparation I had done previously, including my planning and test cook. I was glad I did a test cook trying the spatchcocking and dry brining of the turkey. I was able to adjust a few things and had a great bird and the venison I cooked was great.

We had a great time with family and they all enjoyed the turkey and the venison. All the sides that were brought were tasty and the desserts finished of the meal spectacularly.

I'm cooking a turkey for the local rescue squad this next weekend and will do it the same way I did ours. It came out great

The night before Thanksgiving I rubbed the turkey down with a dry rub instead of the salt and put it in the fridge to absorb the flavors. My sister had already seasoned the venison so that was in the fridge waiting.
Thanksgiving morning I was up at 7. I pulled the meat from the fridge, got the cooker started and took the dog for a walk. When I got back I added some more rub to the bird and unwrapped the venison leg.  I took the back, neck and tail of the turkey and put it in a small foil pan with wine, chicken stock, onions and garlic and set that on the cooker. I then laid the bird out on the cooker and let the temperature recover. Once the temperature had recovered I added the venison leg.  This is when my fun started. My cookers digital thermometer was reading 240 while the one on the lid read 400. Something was not right. I wanted to be cooking at 325-350. I tried a few different things to fix it but nothing seemed to work. As long as the temp wasn't below 220 I was ok.

About two hours into the cook I went to check on it and spray the meat with a mop sauce and though,  "I wonder if the gravy pan is touching the digital thermometer in the back." It was. I moved it and my temp shot up to where it should be. So, next time make sure all temp probes are clear for correct readings.
Once again I used my iGrill mini to monitor the meat but this time I was monitoring the venison. My mark for it was 145. Last time I did venison I cooked it to the 125 mark but found it still bloody. This time I figured 145 would be safe after consulting multiple sites. My brother-in-law cooks his to 160, which sounded too high to me. Once the venison hit 145 I pulled it out and put it in a foil pan with foil covering it and let it rest.
The turkey needed longer to reach the 165 mark so it stayed on the cooker for another 30-45 minutes.  Once it was at 165 I pulled it and put it in a pan to rest also. While it rested I carved the venison.
I wasn't sure how to carve the leg so I found an article on carving a leg of lamb and used that as my guide. I separated the lower leg from the main part and cut the large part of the muscle from the bone. I then sliced it up. 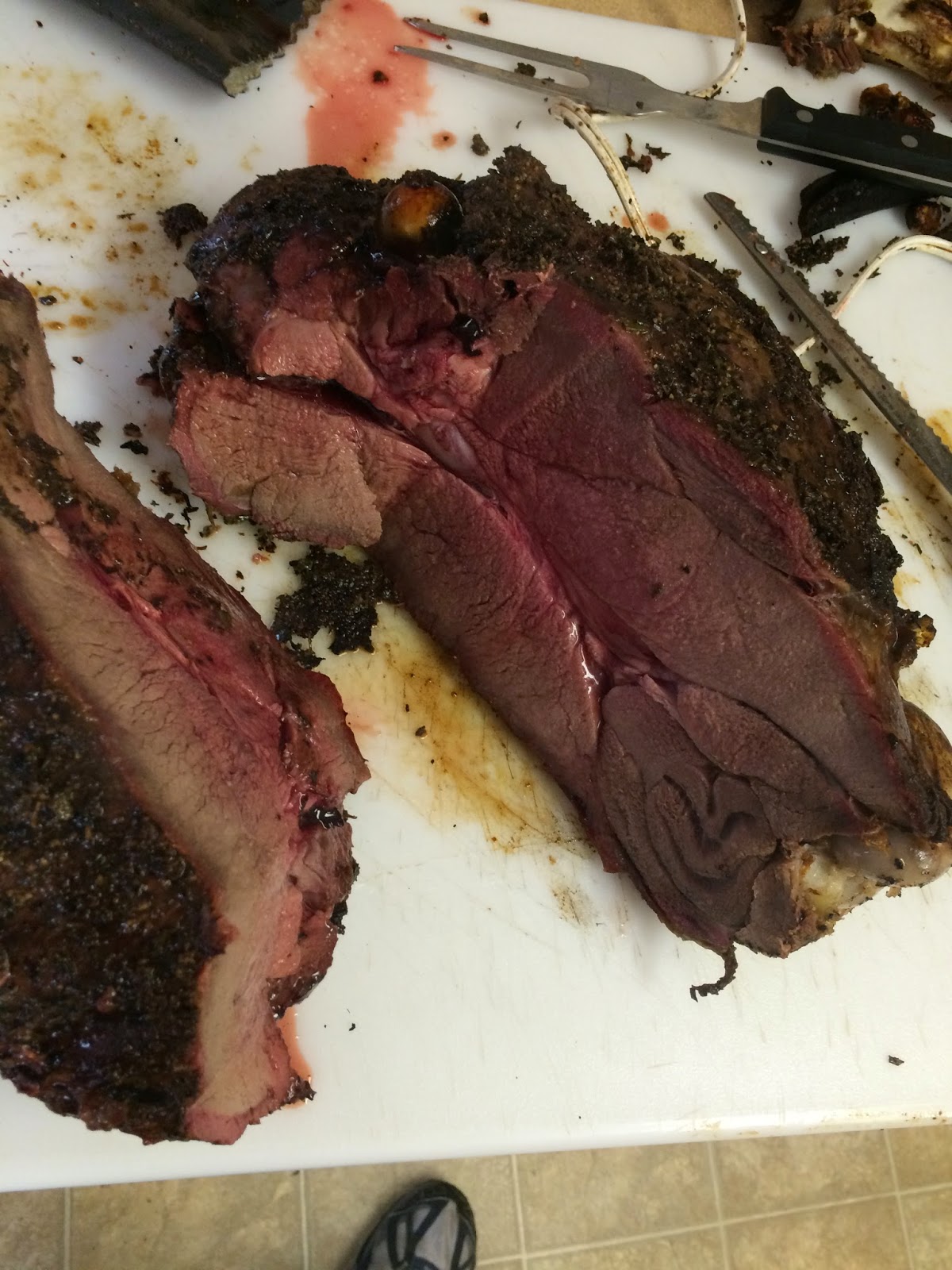 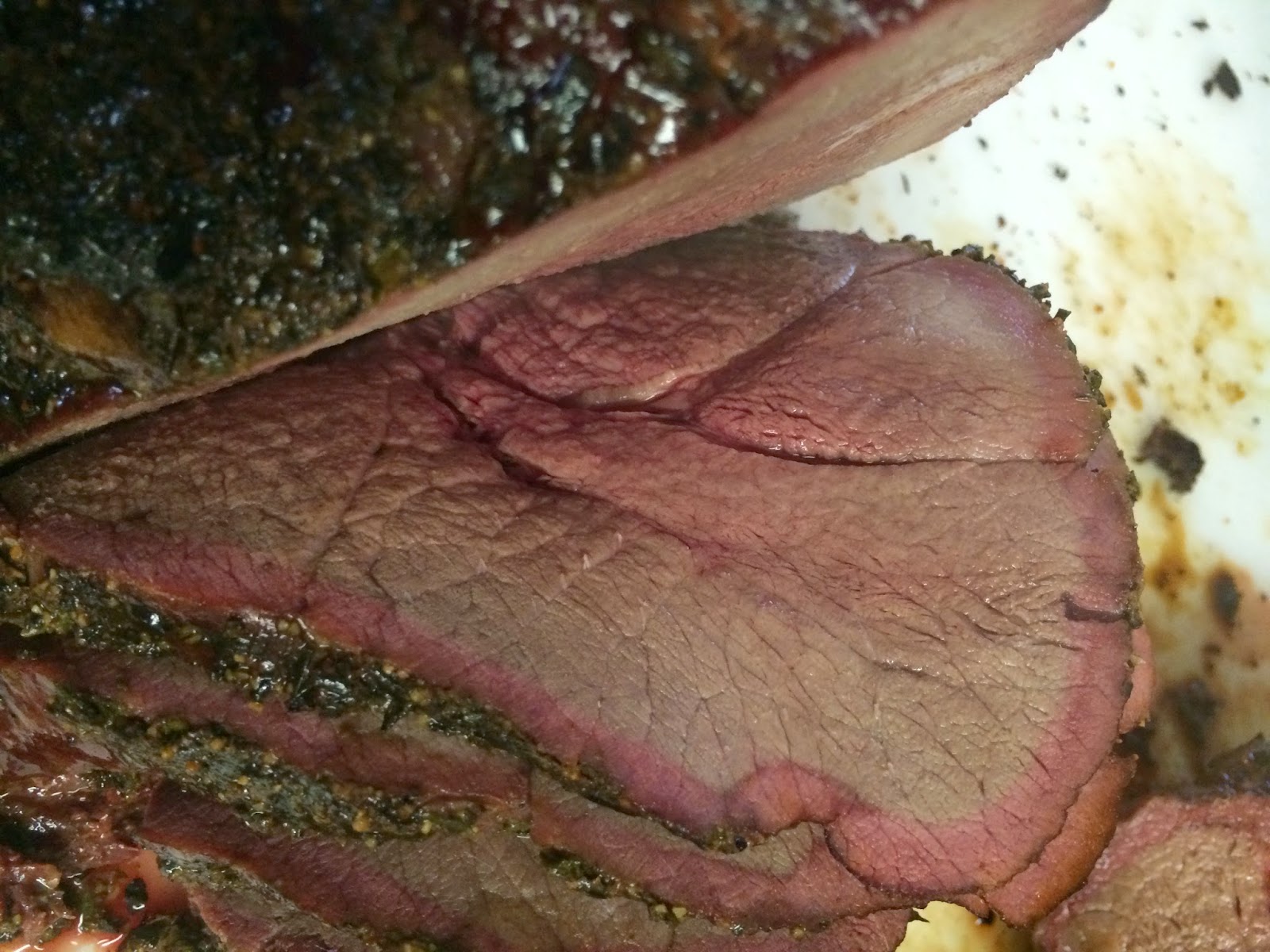 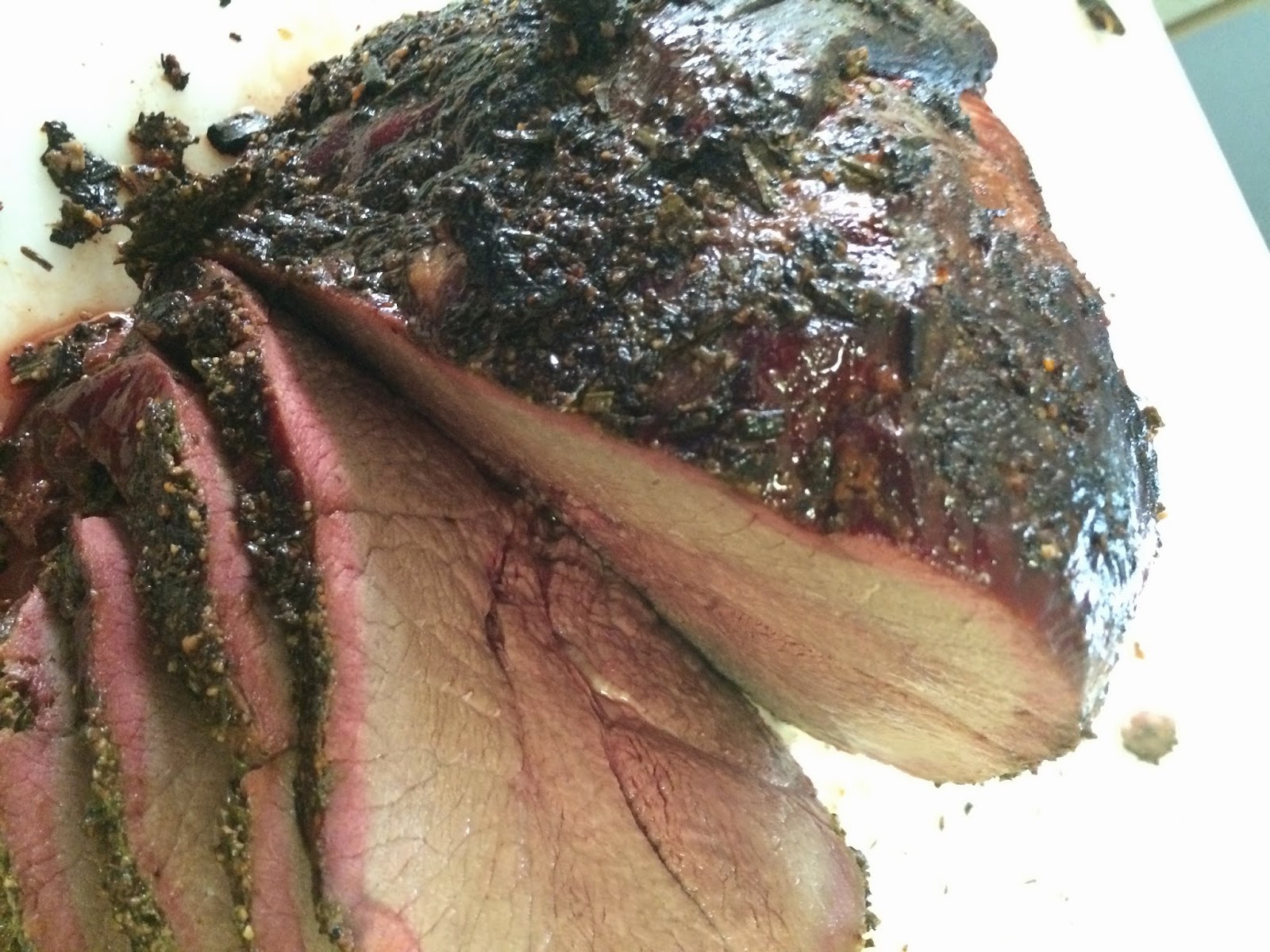 I split the turkey in half and carved each half like a regular turkey. Spatchcocking it makes it very easy to carve.
I used the packets of gravy that come in the turkey and combined it with the small pan I had to make a gravy for the turkey. It was fabulous. it had a nice hint of smoke and flavor from the bits I added, along with little pieces of turkey in it.

The plan and preparation paid off, even with the hiccups we had with the temperature. I had allowed time in my plan in case I ran into temperature issues due to weather or unforeseen circumstances. Thanksgiving went off well and was delicious.

Posted by sgibbsdesign at 1:10 PM