This past weekend one of our friends asked me to cook for their sons b-day. He wanted butts, slaw and potato salad.

I did four butts and a big that's-a-bowl of coleslaw and potato salad. I used a fellow designer's (Jeff Fisher of LogoMotives) coleslaw recipe. It was very good.

Well the butts didn't quite get to the temp I wanted (195) but they were done (180-185) and tasted great. The people I was cooking for are all Carolinian's and very particular about their Q, they all loved it.

Here are a couple pictures from the cook.
The cooker 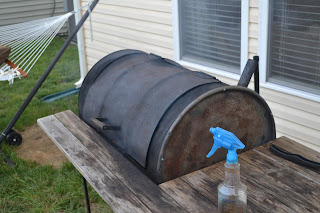 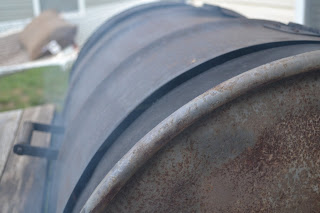 The butts about half way through. 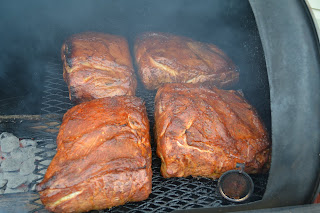 Things I learned:
1: Make sure when you set your alarm you turn it on.
2: cooking a little hotter does help get the food done, but it still takes time.
3: smoked hotdogs that roll in the grease from a pork butt are very yummy.
Posted by sgibbsdesign at 8:56 AM No comments:

Summer is here and it’s time to fire up that grill (unless you’re crazy like me and cook all year round). Time to feed the family in that old-as-time tradition of cooking over an open flame. They want to eat chicken but every time you grill it, you burn it. You want to grill up some fresh veggies but don’t know how long to cook them for. No worries. GrillStar can solve that problem.

This is a great little app for $.99. You can put your meat, seafood or veggies on a virtual grill and a timer is set to remind you when to turn it over or pull it off on your real grill. Remember, “If you’re lookin’, you ain’t cookin’.” This app give you information you need to cook your food correctly on the grill as well as some good grilling tips.

The cook times assume your meat is thawed completely, which it should be when you grill, but if it isn’t you need to take that into consideration. The UI is a little difficult to find where things are, but once you figure it out it isn’t bad.

On the Gibbs Ribs scale* I give this app a 3/4’s rack. It is very useful and well thought out but the UI could use some improvement.


*When I do reviews, books or otherwise, I will rate the items with ribs (they are my favorite BBQ dish). A full rack is great and a single rib is poor.
Posted by sgibbsdesign at 2:30 PM No comments: 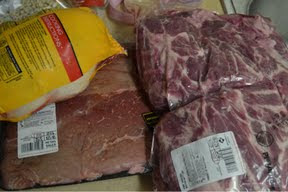 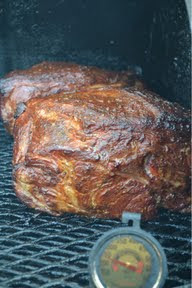 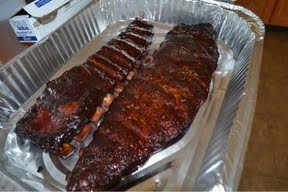 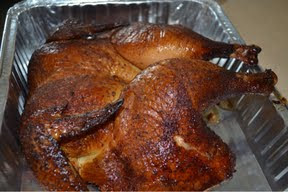 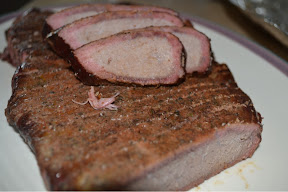 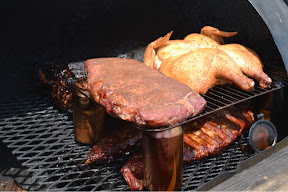 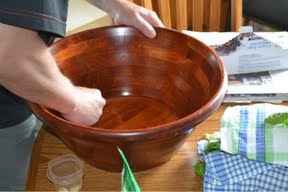 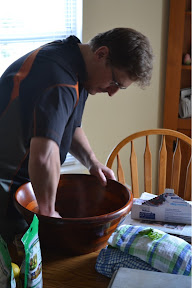 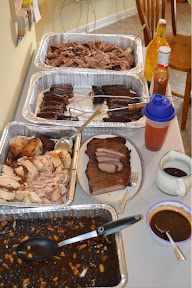 Posted by sgibbsdesign at 7:16 PM No comments: 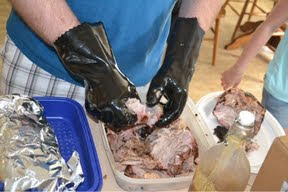 They are not good for grabbing a hot grate or stone as it will melt the silicon. The meat doesn't tend to get as hot as the metal or stone so I have never had any trouble with that. To clean them I leave them on, get a little dish soap on them and wash my hands in warm water. This insures I don't get any water inside the gloves. Once they are grease free I lay them down to dry or dry them on a towel.

Many cooking stores carry these gloves and they can also be found on Amazon for about $10. If you make a lot of Q it will be some of the best $10 you will spend.
Posted by sgibbsdesign at 7:23 AM No comments: