After reviewing Virgil's Barbecue Road Trip Cookbook it got me thinking about which beers go well with which BBQ and grilled foods. With all the craft brewers around the country and summer here, I thought it would be cool to talk to some of the local Charlotte craft brewers and see what they said and which of their brews they would recommend for BBQ and grilling.

BBQ is a food that is nuanced and affected by various factors, from rubs to sauces to the woods used to smoke it. Trying to pair the perfect beer can be difficult, so for this series, we'll be talking in generalities of flavors. Good BBQ allows the meat to show through and the various factors enhance it. A good beer should do the same or play counterpoint to the flavors.

I visited the NoDa Brewing Tap room and talked with Andy Grimes, sales/marketing beer guru. He was very knowledgeable about beer and BBQ. We talked about how to pair beers with BBQ and grilled items and he gave me recommendations on which of their year round beers to pair with which meats.

Some of you may have seen my posts about Fighting ALS with Jay 5K on twitter and facebook but I thought it might be good to post something here too. Jay is my brother-in-law and I've known him since I was about 10. He and my older brother were classmates and friends. Ever since I have known Jay he has always been encouraging and a joker. In 2009 he was diagnosed with ALS (Lou Gherig's Disease), despite this he is still upbeat, encouraging and loves a good laugh.

I know many of you can't make the 5k, but if you want to help you still can by donating. Visit http://jay5k.racesonline.com/home and go to register, choose the cash or charge option and it will allow you to make a donation. Below is a short bio about Jay and my sister.


JOIN US TO FIGHT ALS WITH JAY!

Jay Tolar was born in Nigeria, West Africa in 1966 to medical missionary Dr. Jack Tolar and his wife Barbara. Jay returned to Nigeria in 1988 to teach and coach under the SIM mission board. He married Heidi Gibbs in 1996 and they returned to Nigeria together to continue teaching and coaching at Hillcrest School. In 2009, while home in San Antonio, Jay was diagnosed with ALS (Lou Gherig’s Disease). He currently lives in Fort Mill, South Carolina with his wife and two children Jake, 13 and Julie, 6. A portion of the proceeds of the 5k race will benefit the ALS clinic where Jay is a patient. Please join us in helping “FIGHT ALS WITH JAY” 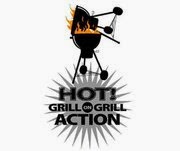 
My fellow Q-blogger Big Wayner put me in contact with Matt of Hot Grill on Grill action. They were one of the contestants on BBQ Pitmasters back in season 2. Going back and forth with Matt in emails has been fun. He and the Hot Grill on Grill team are a group I would love to hang out with at a BBQ competition.  They were happy to oblige me with an interview and I'm in the process of reviewing their BBQ book The Book on Competition BarbequeVolume 1- Priceless for Beginners, Perfect for the Pros. So far it's great and it has a lot of information for those who want to start a team. Read on and find out more about this team.

Read more »
Posted by sgibbsdesign at 12:30 AM No comments: