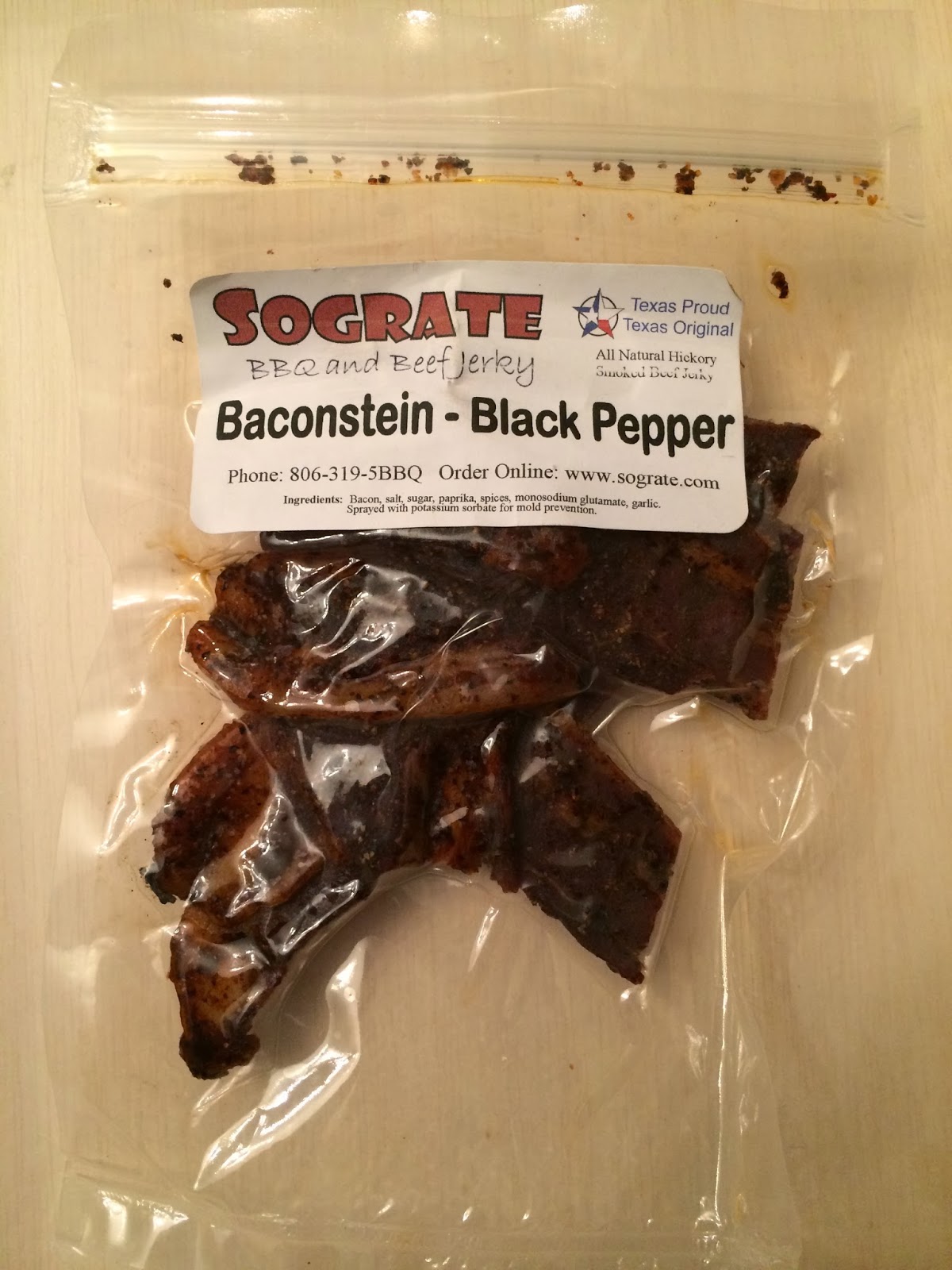 Sograte BBQ and Brew sent me some samples of their Baconstein bacon jerky and rubs for me to sample and review. I decided to start with the Baconstien jerky and then move on to the rubs.

I've been curious about bacon jerky since I've seen it popping up in stores around the area but hadn't gotten around to trying it yet. I finally had a chance to with the Baconstien. Overall it is flavorful and has a nice kick.


Initial Thoughts:
When I opened the package the bacon had a pleasant bacon smell and a strong peppery oder. This had me worried that I would only be tasting the pepper and not the bacon. Looking at it you can see the rub on the meat and can tell that it uses lots of pepper. Again, I was worried that my first taste would be pepper. 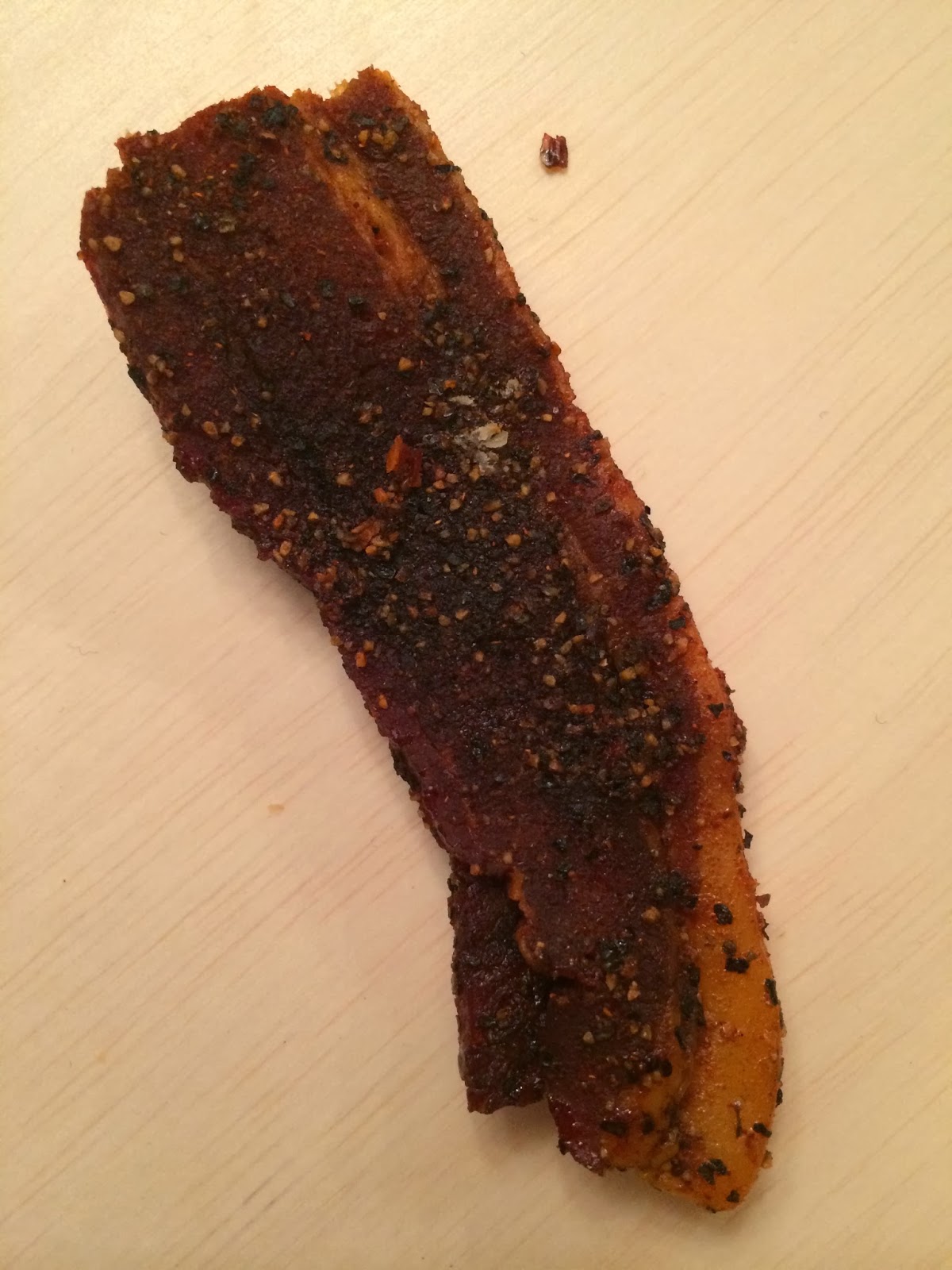 First Taste:
I was surprised. The initial taste I got when I took my first bite was sweet, like pig candy and then a pleasant pepper flavor that accented the bacon and then a spicy heat. Not a burn your mouth out heat but a warmness, like an after glow. One thing I did notice was it was chewy. I like my bacon crispier and the fat a little more rendered, but this isn't fried bacon its bacon jerky - smoked and dried. The fat on it was a bit unctuous which made it very rich and I could only eat one piece, which keeps you from pigging out on it. I found myself debating whether I liked it or not. Then realized I wanted more. My worries about a strong overpowering pepper flavor were unfounded.

I let one of my girls try it and she really liked it. She likes spicy things and thought it was great.

Overall Impressions:
Would I buy and eat this again? Yes. I found myself really liking the overall flavor and wanting more. I was disappointed when it was gone. On the Gibbs Ribs scale* I give it a strong 3/4 rack. While the fat can be a little off putting the overall taste and texture is a flavor party for your mouth. I would recommend spending the money to get some and try it.

*When I do reviews, books or otherwise, I rate the items with ribs (they are my favorite BBQ dish). A full rack is great and a single rib is poor. I will tend to stick to a full rack, half rack or one rib.
Posted by sgibbsdesign at 11:12 AM