I met Scott and his wife, Joline, in 2009 at Hog Happenin’ in Lincolnton, NC. We were both competitors and they were in the spot next to us. Over the couple competitions we were at we would see them and discuss various aspects of competing and cooking our food. Over the years it's been fun to watch them change cookers and grow their cook camp size and family. Each year Sauced! has added awards to their wall and continue to do so.

Q4F: How did you get started doing BBQ?

Sauced! BBQ: In 2008 I got married and my office threw me a surprise shower and one of the gifts was a gift card to Home Depot. I took the gift card and bought a Char-Broil Silver Smoker. I pretty much used it every weekend for about 6 months smoking anything and everything I could get my hands on. We would host parties and serve BBQ and everyone would tell us how good it was. I spent a lot of time searching the internet looking for tips, tricks and recipes to try and used our friends as taste testers to see what worked and what didn’t. 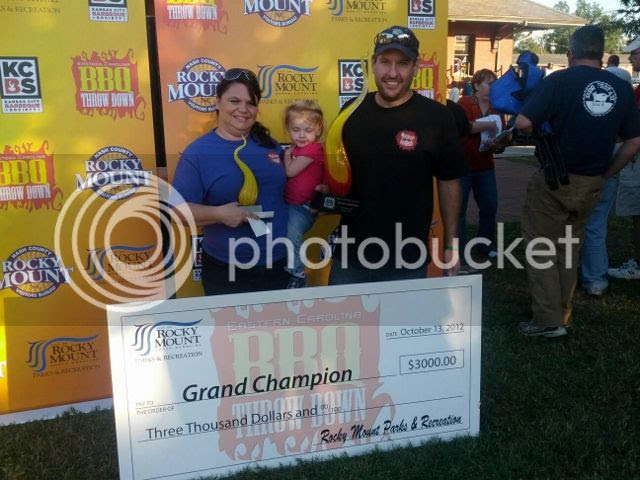 Q4F: How did you come up with the name Sauced! BBQ?
S!BBQ: We had a tough time finding a name that wasn’t already taken and this one just came to me or my wife (she thinks she came up with the name). We like to throw parties and have a good time. We figured the name Sauced! fit as it applies to have a good time, maybe too good of a time (lol) and it also fits in BBQ as a central part of BBQ is the sauce. In competitions, the sauce can make or break you so we figured it was a good choice for a team name. 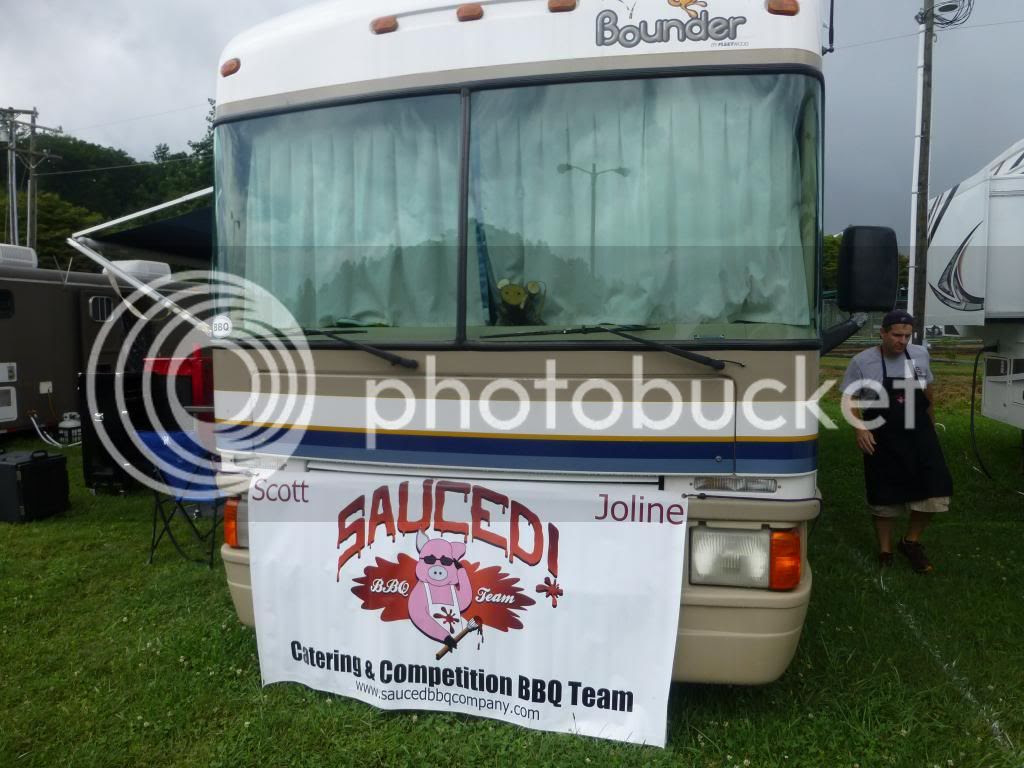 Q4F: What was your first competition and how did you fare?
S!BBQ: It was in 2009 at the Hog Happenin’ in Lincolnton, NC. We won the People’s Choice category and finished 6th in Chicken and that was all it took. We were hooked! We ended up doing 5 contests that year.

Q4F: How many competitions a year do you compete in? What’s the furthest you've travelled for one?
S!BBQ: We have done more contests every year we’ve competed. We did 5 the first year and last year we ended up doing 17 events. The farthest we traveled was to Kansas City for the American Royal for the Invitational last year. This year we are probably going to do 15 or so. 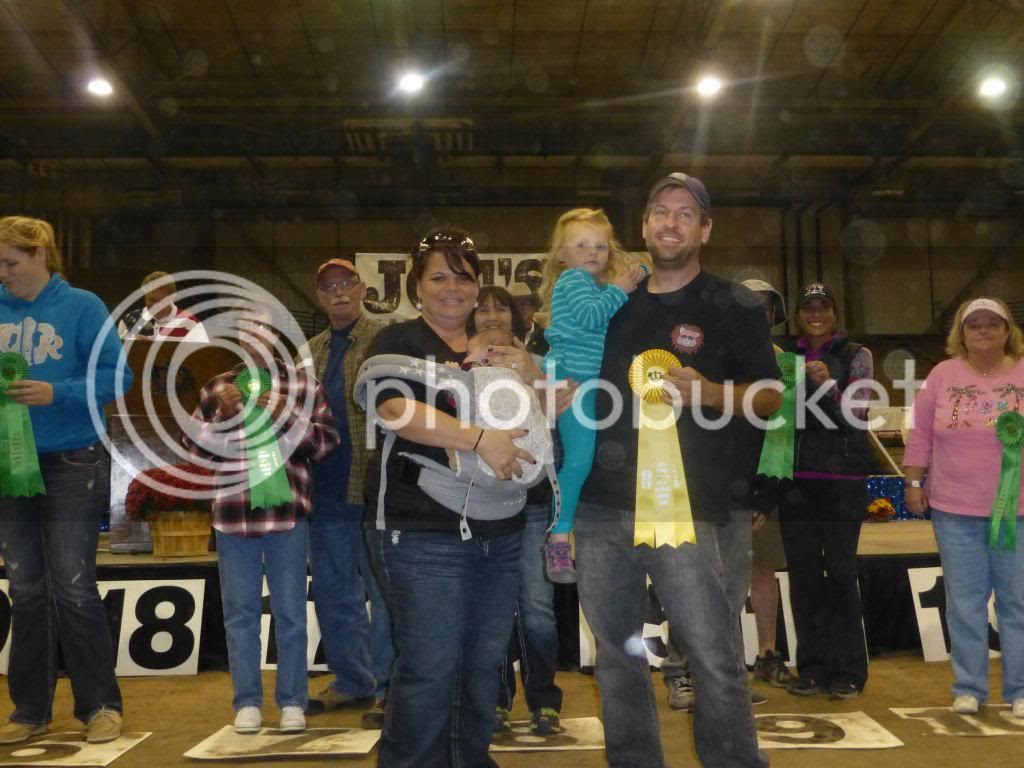 Q4F: What is your favorite style of competition? KCBS, MBN, other? Why?
S!BBQ: We’ve competed in KCBS, MBN, SBN and SCBA events and we prefer KCBS. [Editors note: KCBS-Kansas City Barbecue Society, MBN-Memphis Barbecue Network, SBN-Southern Barbecue Network, SCBA-South Carolina Barbecue Association] I like that you have to cook for 4 meats and the blind judging is what I prefer. Also, there are so many KCBS events within a 3 hour or so drive of Charlotte that we can compete regularly and hone our skills. MBN events are fun due to the on-site judging portion but there just aren’t enough events around the area where we can compete regularly and those type events definitely require a lot experience to do well in.

Q4F: Do you have any advice for those wanting to start competing in BBQ?
S!BBQ: Just get out there and do it. The first event we entered we entered the professional division. We were definitely the rookies. You really have to do a contest to truly understand what they are and how they work. Getting the timing right and dealing with things like bad weather definitely require a few contests so you can make adjustments on the fly. You can cook at home, practice and hone your recipes but until you actually compete in an event it doesn’t all click. I learn something new every contest I do and the great thing about the BBQ community and everyone is willing to help out and share some tips and trick with a fellow cooker. That’s the part I really enjoy, the camaraderie of the BBQ family.

Q4F: Can you give one piece of advice for those who want to cook BBQ?
S!BBQ: The internet is your friend. There are tons of blogs, forums and websites that can help you get started. I learned all the basics from reading on the internet. And the BBQ TV shows like Pitmasters are a good place to see some techniques in action. But in the end you just have to get out and cook! 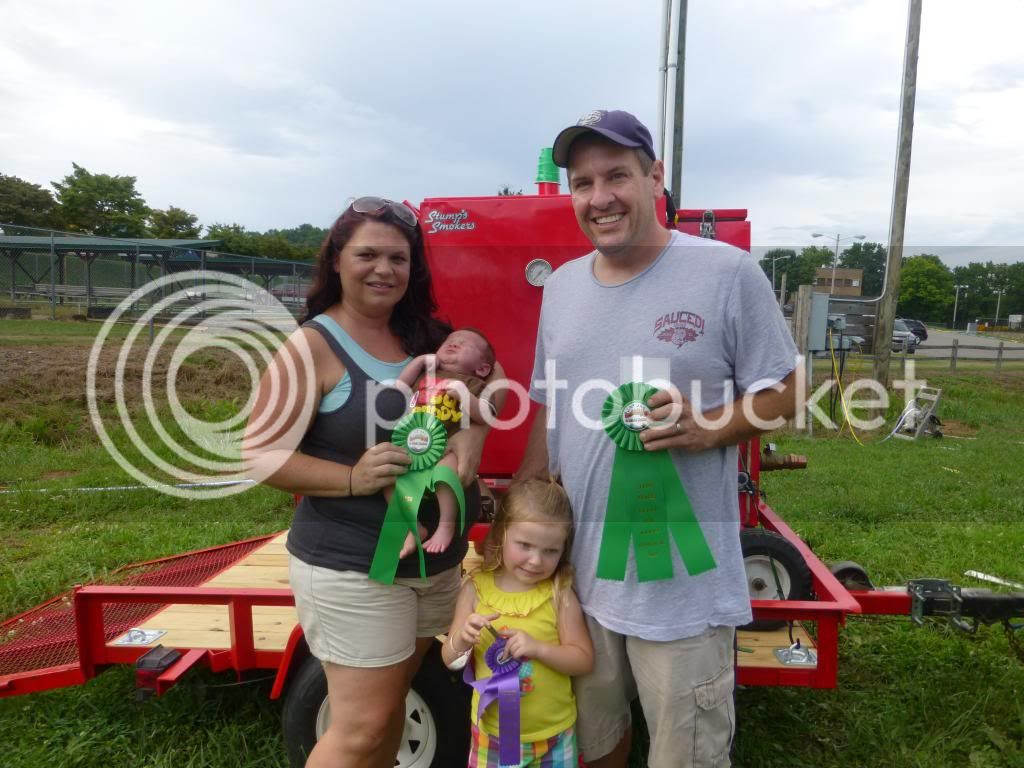 Q4F: What is your favorite meat to cook? What is your favorite to eat?
S!BBQ: My favorite meat to cook is brisket. Being from the South you don’t see it very often and I know when we do catering and have it as item we get more positive feedback on it than any meat we cook. People just don’t get brisket very often, especially good, properly cooked brisket. On the same note, my favorite meat to eat is brisket, specifically burnt ends. I make them all the time and they are delicious. I always take them to parties or catering events we do and people go bonkers over them.

Q4F: Since Valentine's is this month, are you going to smoke anything special or have a special go to recipe you make for your wife?
S!BBQ: The special, go to recipe, is probably standing rib. We use our homemade brisket rub on it and put it in the smoker at about 275 degrees until the internal temp is about 125 degrees. It comes out a perfect medium rare after you let it rest for 30 minutes!

Q4F: What is the strangest thing you have ever cooked on a pit?
S!BBQ: I’d say the strangest thing, though it’s not all that strange, is a whole red snapper. And by whole I mean head and all! It came out great and doesn’t take very long since fish is not very thick. Smoked fish tastes really good and you don’t really have to do much to it. The smoke imparts so much flavor on its own that you really don’t need rubs or marinades.

Thanks to Sauced! BBQ for taking the time to answer a few questions. Scott and Joline are a lot of fun to talk to and hang out with. If you're ever at a competition in North or South Carolina look for Sauced! BBQ and say hi. Just don't do it around turn in times.
Posted by sgibbsdesign at 11:11 AM