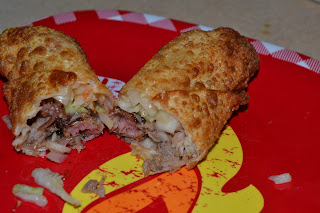 I'm always trying to figure out what to do with left over BBQ. I've used it in enchiladas, fritatas and chili. I wanted to try it in something a bit different though.

A couple weeks ago my wife and I went to an Asian-American fusion restaurant where they serve bar-b-q-shi and I was inspired.

I thought pulled pork wontons would be yummy. I came up with a plan. Get some wonton wrappers, make some vinegar based slaw and thaw out some left over BBQ I had in the freezer and make some wontons. I couldn't find wonton wrappers so I used eggroll wrappers and made BBQ egg-rolls.

Here's what I did.
I made the slaw using a vinegar BBQ sauce, celery salt and BBQ rub. Put it all in a bowl and mixed it up.

Vinegar sauce:
Put it all in a jar and shake well. The measurements on this are approximate as I make it to taste and it varies from time to time.

I set the pork, slaw and wrappers all on the counter. 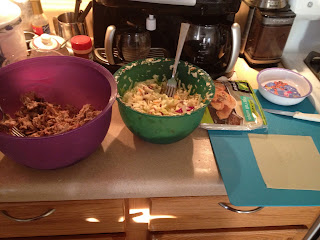 I took a wrapper and made a line of slaw in it. 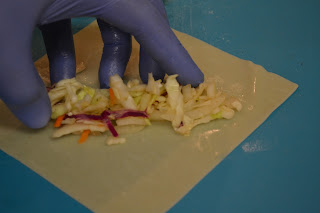 I then added some pork on top of the slaw. I tried to make sure I had both bark and regular meat in each roll. 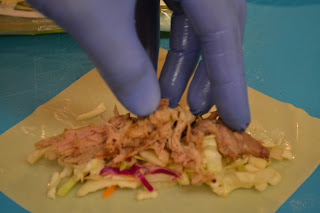 After I had the pork and slaw I rolled up the wrapper and sealed it with a little water wiped on the flap. 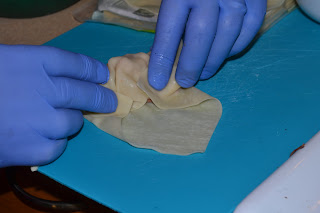 I then deep fried the egg-rolls in a wok with oil. 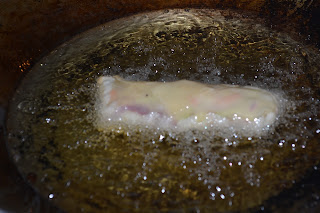 These egg-rolls are really good. The family said this is a keeper recipe. Try them out and let me know what you think. 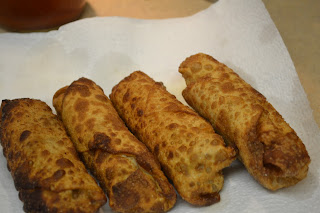 Posted by sgibbsdesign at 3:18 PM