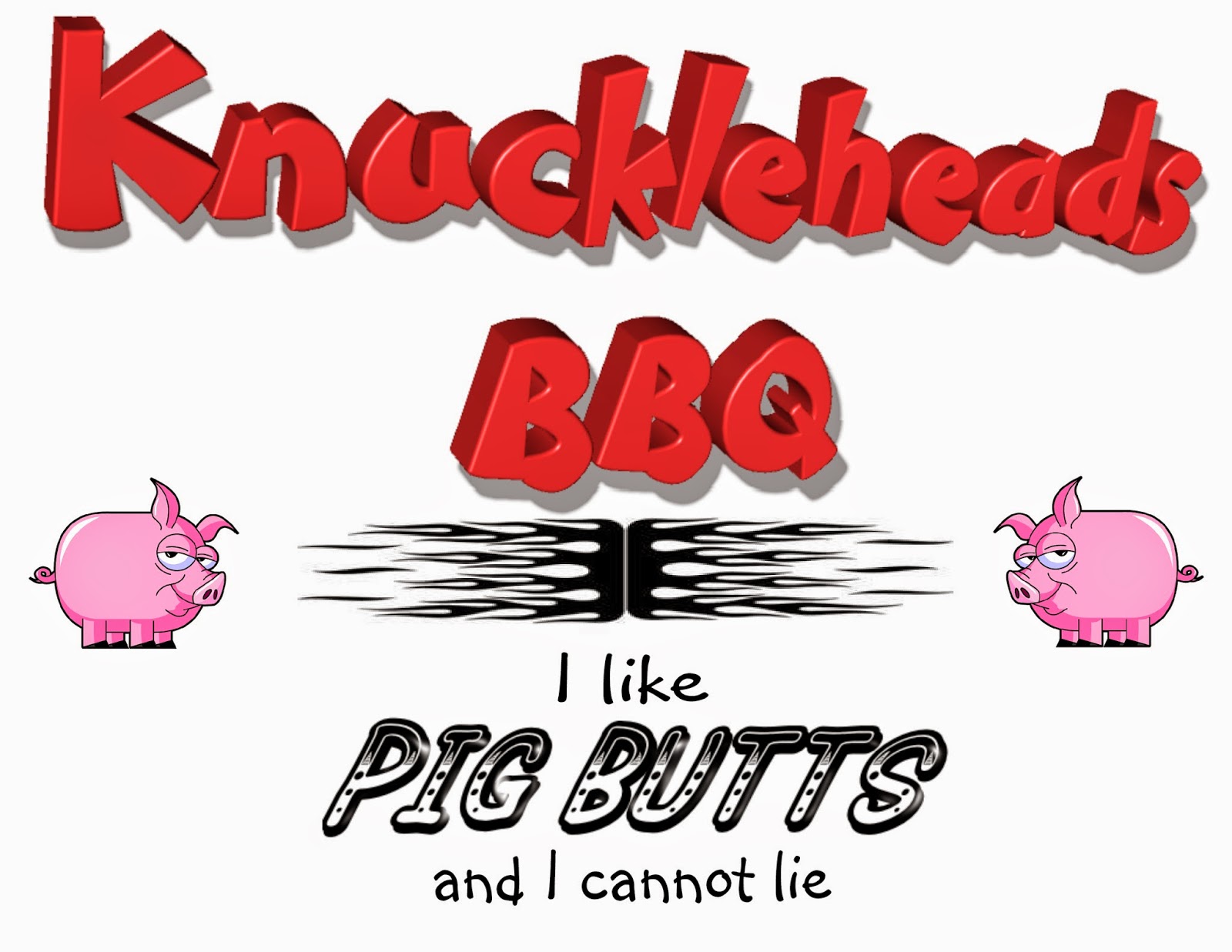 Q4F: How did you get started doing BBQ?
KBBQ: Growing up in Eastern NC, BBQ was a way of life, not the big fad it is today. I moved to the Charlotte area in 1999 and discovered there was something other than whole hog with vinegar sauce. I picked up a cheap bullet smoker at a yard sale and I was hooked. I cooked on it twice and decided I needed something bigger. I have had about a dozen different smokers in the past 10 years until I found the ones that suit me. I have a Lang 60 stick burner, a RECTEC Pellet smoker and a UDS (Ugly Drum Smoker). I grew to like the tomato based sauce, but I missed the vinegar punch. I blended the two to make my own style, thinner than the traditional tomato based, but has the vinegar and red pepper kick.

Q4F: How did you come up with the name Knuckleheads BBQ?
KBBQ: My father called me “knucklehead” and I have always called my son "knucklehead" as a nickname, so when I decided to try the competition circuit the name just fell into place. 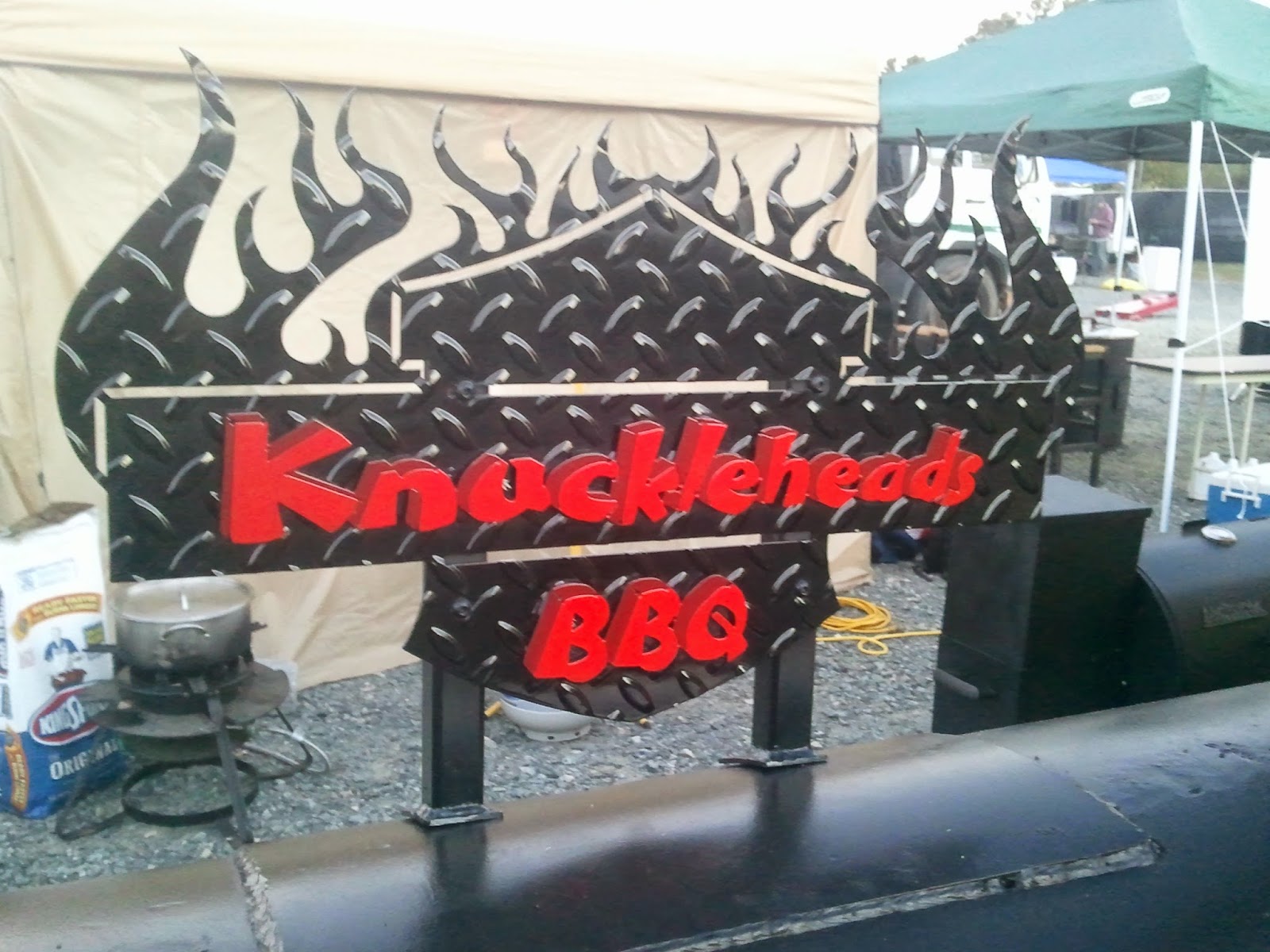 Q4F: What was your first competition and how did you fare?
KBBQ: My first comp was Charlotte Blue, Brews & BBQ in 2010. I competed solo and finished mid-pack. No sleep and trying to get all of the timing down is tough!

Q4F: How many competitions a year do you compete in? What’s the furthest you've traveled for one?
KBBQ: Last year, I competed in 5 and judged 1. The farthest I have traveled is Cary, NC for the Beer, Bourbon and BBQ Festival.

Q4F: What is your favorite style of competition? KCBS, MBN, other? Why?
KBBQ: I prefer KCBS. I like their judging styles and diversity of meat categories. MBN requires too much meat to be a contender for a small team. In order to have enough to meat to cover blind turn ins and onsite judging you have to have at least 6 racks of ribs, a whole hog and a handful of shoulders.

Q4F: I know you’re a smaller team, how do you get a team together to compete? Do you have difficulty getting people to help you?
KBBQ: I started solo, with assistance from my wife and son for turn ins. Tyler, my Head Assistant Pitmaster, is now 9 and has stayed with me at a few competitions. It’s tough to find people that have the passion to want to compete (i.e. significant investment of money, time and no sleep). An almost lifelong friend, John Teple, enjoys competing, but lives in Eastern NC and is only able to make it about once a year. I teamed up with a fellow enthusiast, Butch Bolding, last year that had the same passion, what a difference that made. After the first competition we had developed a routine that worked great and produced some amazing turn ins. I see a lot of teams that just show up and drink all night.
Q4F: Do you have any advice for those wanting to start competing in BBQ?
If someone is interested in competing my advice would be to research the different associations and find the one that you like, then go take one of their judging classes to learn what the judges are looking for. Try to find a team that you can help out with at a few comps to see what is involved. After all of that and you still want to compete, PRACTICE, PRACTICE, PRACTICE! Do fake comps at home, with turn in boxes and times just like a real competition.

Q4F: Can you give one piece of advice for those who want to cook BBQ?
KBBQ: Just do it! The web can be a wealth of knowledge (but take it with a grain of salt). Start with the basics, quality meat, and a basic rub and get smoking. Butts are the best to start with; they are much more forgiving and more economical. It usually takes longer than you think when cooking low and slow. You don't have to take out a second mortgage on the biggest and baddest smoker, some of the best BBQ comes from basic gear, and you just have to know your cooker and how to use it. Just like the would be competitors, practice, practice, practice. 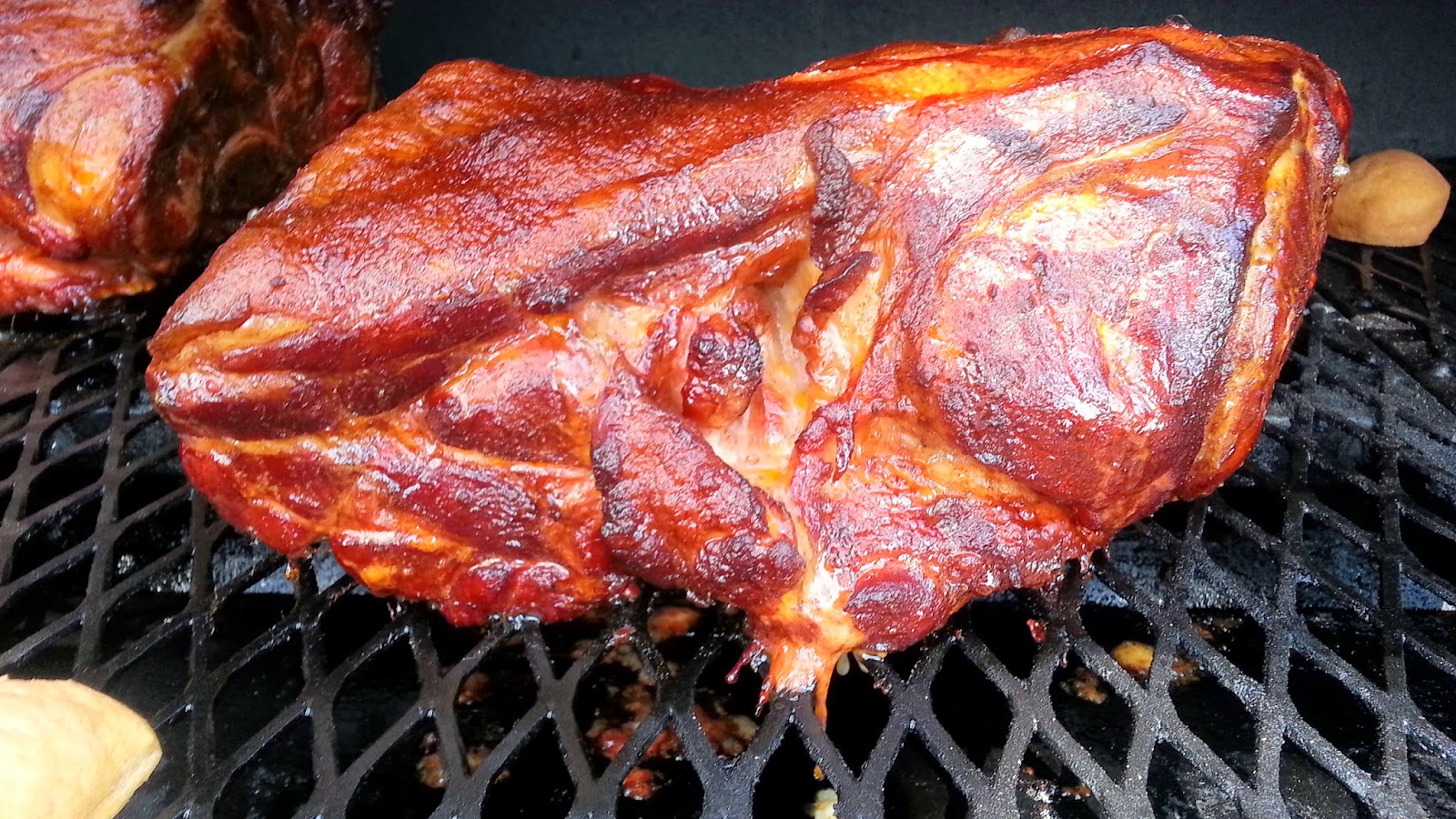 Q4F: What is your favorite meat to cook? What is your favorite to eat?
KBBQ: My favorite meat to cook and eat is brisket. Most people in this part of the country don't care for brisket because all they know is what they get in some restaurant, that was cooked a day to two prior and is either way overcooked and falling apart or tough as leather. A freshly smoke brisket cooked to the "Butta" stage with the right rub is hard to beat. My favorite part of the brisket is the burnt ends from the point of the brisket. When they are cooked properly, they melt in your mouth! (Q4F: I couldn’t agree more. It’s like meat candy)

Q4F: 4th of July is this month. Do you do a big cook for that? If so what do you cook and do you have a favorite summer recipe you could share?
KBBQ: I usually don't do a huge cook, just a few racks of spares; bacon wrapped meat balls and candied bacon. For those out there that have not have candied bacon, you gotta try it! Take a pack of regular bacon, not the thick cut, coat it in brown sugar and sprinkle is with your favorite rub that has a little heat in it. Smoke it on 250 for about an hour or so until the brown sugar melts and the bacon is done. Towards the end of the cook, make sure to keep an eye on the bacon, you don't want the bacon to burn from the sugar and not completely crispy. The reason you use the whole pack is just a few pieces won't make it from the smoker to the table.
Q4F: What is the strangest thing you have ever cooked on a pit?
KBBQ: Nothing crazy, just the standards, Pork, Ribs, Chicken, etc. 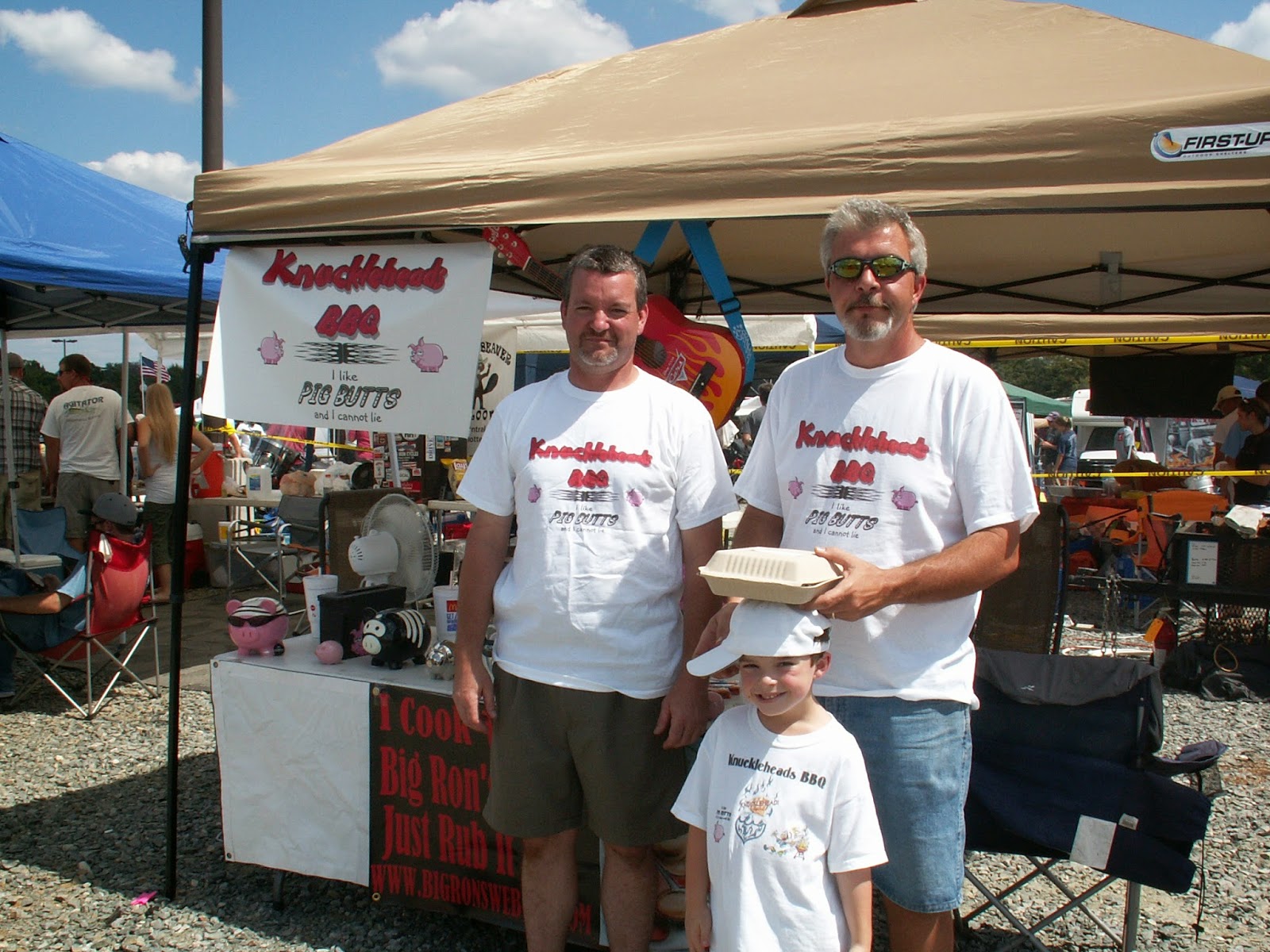 Thanks again for taking the time to do this interview. As you can see it doesn't take a big team to turn out great Q just a passion and a will. If you see Knuckleheads at BBQ competition stop and say hi, just not during the turn in times.
Posted by sgibbsdesign at 3:47 PM