A couple days ago we had some friends over for supper and I made smoked beer-can-chicken and ribs. Once again they were awesome.

After the first beer-can-chicken I made I started to experiment using different beers. Each beer adds a different flavor to the chicken. I have used Modelo, an oatmeal stout and a Hefeweizen. This time I used a Serria Nevada Pale Ale. I really liked the flavor of it over the others I have done. Before I put the rub on I painted the chicken with a mustard base BBQ sauce to help the rub hold. I then stuff the cavity with onions and garlic to add additional flavor to the meat as it cooks.

You might notice that the pale ale is in a bottle which doesn't work to well when cooking. I take and empty soda can and rinse it out and then fill it half way with which ever beer I'm using. 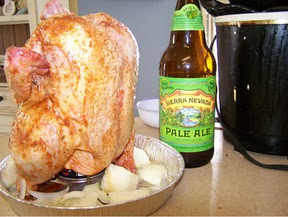 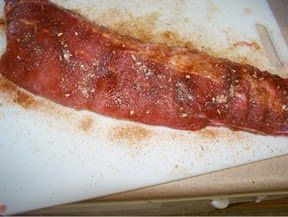 I smoked the chicken and the ribs at about 225°. I did the ribs using a 2-1-1 method. This means I put the ribs on the Cooker for two hours uncovered, then wrapped the ribs in tinfoil with some Woodchuck Apple Cider in it to add moisture for an hour, after that hour I unwrapped the ribs and glazed them with a BBQ sauce and cooked them for another hour. 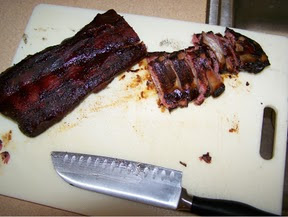 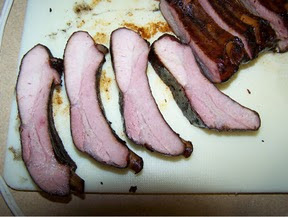 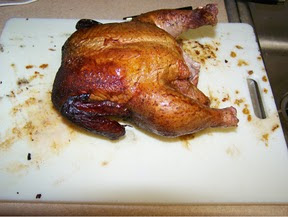 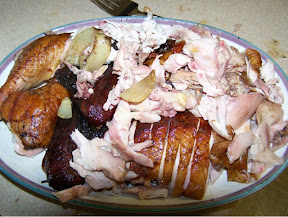 It was all really good and I wished we had more ribs.
Posted by sgibbsdesign at 10:53 PM